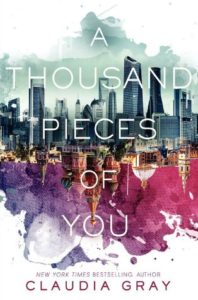 Claudia does a fantastic job crafting a wonderful story inside a more than challenging technical premise. Stories of dimensional travel have been written many times before yes, but Claudia tackles the forth dimension of time with a beginning story that leaps up from the pages and delights the reader!

Marguarite Caine jumps to her first alternate dimension using the Firebird with the sole intent of finding and killing the man who destroyed her father, but her passion for revenge is soon turned upside down when she discovers that things are not as they seem.

When Marguarite jumps again, she finds Paul Markov, the man she seeks to kill, but he’s not the Paul Markov she thinks he is and things take a delightful twist when Marguarite and Paul are stranded in the woods and left to their own devices. During the third jump to another alternate dimension Marguarite discovers the true threat to the family and only then realizes that every one she loves has now become a target because of her. Ah Ha moments abound at the end of the book when Marguarite, along with a very suprised reader base, discover enemies who have been hiding in plain sight from the beginning.

Ms. Gray has written another clean, tight story which speaks to the reader on several different levels. An excellent read which is destined to delight readers of all genres.

I highly recommend the read.