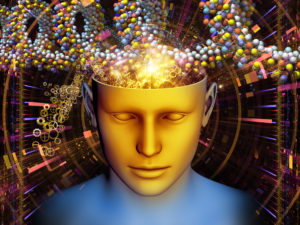 This morning as I began my almost ritualistic, and always monotonous routine of sipping coffee and watching the sun come up I decided to let my brain slip into neutral.  Instead of thinking about the next scene I needed to write or worrying about getting the dynamics of the character triangles just right I chose to sip my coffee, marvel at the picturesque pallet of colors in the morning sky, and remember the dreams of my future.

I realized as I sat enjoying my quiet time, that most of the more important memories of my life had often been coupled with dreams of my future life and as I hurtled back in time thinking of those pivotal moments, I thought it strange indeed that those dreams had in some way managed to lead me here.

I remember I had always wanted to be a professional rodeo rider, football quarterback, tennis ace, volleyball spiking wizard, major league baseball hurler, and I remembered how much I reveled in those dreams.
But when it occurred to me that back then I sucked at sports, and for the most part still suck at most of them — okay, all of them — I realized memories of those days hadn’t been coupled to dreams, they had been attached to fantasies.

So as I poured another cup of coffee and returned to watch God’s painting skills in the morning sky, I channeled my thoughts back to the dreams that meant something to me.
I thought of my English teacher Ms. Ware, and how she had challenged me to embrace the power of literature. I thought of the day she handed me a pamphlet of words and told me I was going to be the first boy ever to win a county spelling bee.

I remember years later when I was chosen to play a part in a high school play. I played the part of an English teacher who wanted to quit his job and become a novelist.
And again, I began to dream and I began to write. Short stories were my claim to fame, and I poured them out.

But what’s interesting about living is that sometimes the very act of moving forward leaves you no choice but to set aside your dreams for awhile.

You suddenly wake up and realize that you have fallen hopelessly in love with your partner. Together, the both of you struggle to tackle the very real challenge of making enough money to feed and clothe the family. And before you realize it, you have four beautiful daughters who need your guidance and inspiration.

I am here to tell you that there may come a time when you must set aside your dream for a day, a week or even years.  But never, and I mean never, stop dreaming. Never stop thinking back to those memories which shaped your dreams, nourished them and helped them grow.

If I had done that I would not be writing this to you now, my esteemed readers and writers. If I had stopped thinking about those memories and the dreams associated with them, I would have never published my first, or my second novel.

I will always remember the dreams of my future, and as I move forward I know I will have many opportunities for more. Each of them will be wonderful, and each will have a beautiful dream beside it that I will some day revisit.

I hope you will as well.